Alternatiba in Bayonne, a successfull mobilisation for climate justice 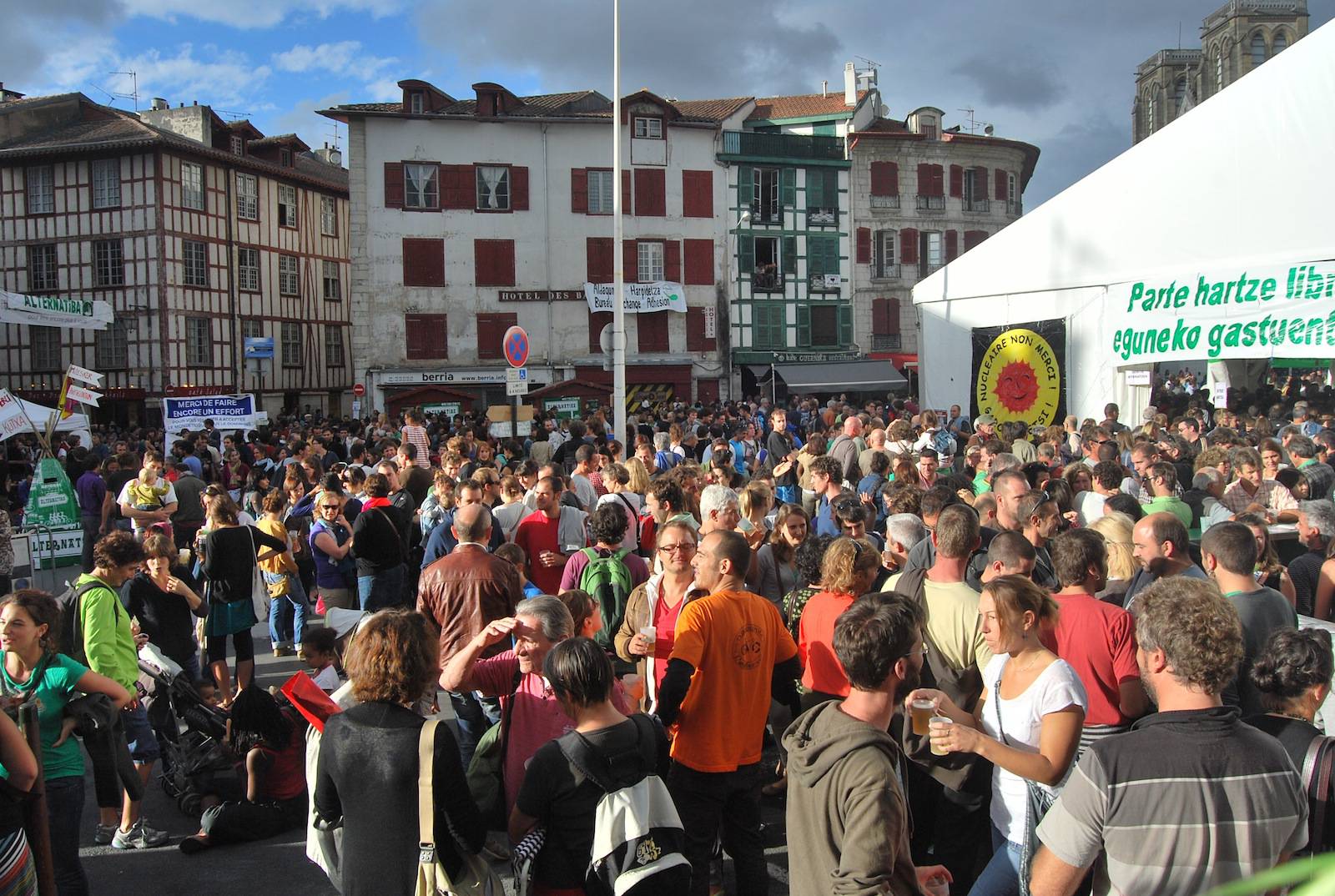 In the wake of the release of the 5th IPCC report 12000 people gathered in Bayonne, France on the 6th of October 2013, to present ways in which climate change can be combatted.
This showed that it is indeed possible to raise awareness and interest about the challenges our climate faces, not only with activists, but also the general public.

Alternatiba showcases alternatives to climate change and the energy crisis, and which type of concrete means and solutions exist for reducing emissions here and now: smallscale agriculture; relocalisation of the economy; appropriate urban and rural planning; the development of alternatives to the unconstrained expansion of road traffic; frugal energy consumption; environmentally conscious habitation; regulation of financial markets; the ecological and social reconversion of economic production in all sectors; responsible consumption; redistribution of work and wealth; reciprocity; the reduction and recycling of waste; the protection of common goods like water, soil, forests, air, etc.

Alternatiba showed that there is a way out the crisis, and that real means exist to build a more solidary, more humane, more equitable, in short a more desirable society.

The fight against global warming does not have to be a painful process of adaptation of immense proportions, that exceeds our capacities. Rather, it provides a fantasic incentive, a welcome opportunity and an appealing prospect. It reveals a social horizon, where everyone can find their place. Aside from its quantitative success Altenatiba made a lasting impression on the minds and hearts of the people, and left behind a communal memory of positive energy and shared joy.

Towards the end of the day, Christiane Hessel, married to the recently deceased author Stéphane Hessel, and the former director of Greenpeace-Spain, Juan Lopez de Uralde solemnly called for the creation of 10, 100, 1000 Alternatibas in Europe with regard to COP21 taking place in Paris in 2015. The goal is to: “call out our leaders on the dramatic consequences of the absence of a global, ambitious, efficient, binding, and fair climate treaty. We must mobilize populations to start the social, energy and environmental transition without delay, in order to avoid the point of no return, which will lead to irreversible climate change.”

And also to bring together all of those who :“by building alternatives or fighting for the struggle, are contributing to saving the climate, sometimes without even realizing it.””

(The complete text is available in 23 languages here: here ) 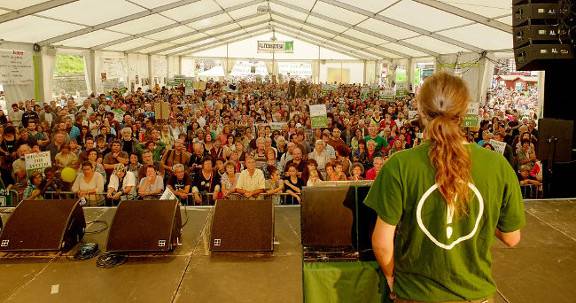 A movement with promise

Since the 6th of October over a dozen Alternatiba-Initiatives have spontaneously been launched. Meetings have already taken place in Paris, Bordeaux, Toulouse, Lille, Nantes, Brussels (Belgium), Geneva (Switzerland) and the Polynesian islands. 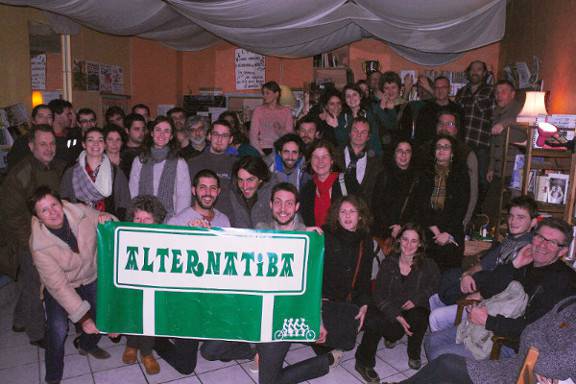 Alternatiba-team of the Gironde region

They aim to set up Alternatibas in their cities, some by the end of 2014, other in 2015. Many other initiatives will join them, setting in motion thousands of activists that are fighting for social and environmental justice. 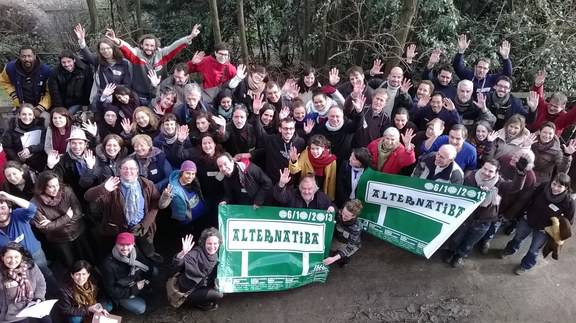 We, Bizi! will, starting February 2014, put in place a process for the creation of multiple Alternatibas in France and Europe. To this end we have already taken the following steps :

Starting October 2014 the exact stages and places of this 4000 km route will be promoted through a big media campaign. The tour will start on the 5th of June 2015 in Bayonne and finish on the 26th of September 2015 in Paris. The media campaign on the tour is in fact a massive climate mobilisation. It aims at informing the public on Alternatiba and its message and at putting the spotlight on the grassroots mobilisation around the COP 21. .

In a context where anything and everything is sold as solutions to climate change (geo-engineering, agro-fuels, nuclear energy, etc.), we will insist that genuine solutions are those that promote a social and ecological transition. As for the mobilisation around COP 21 in Paris, we will defend a 100% non-violent strategy. 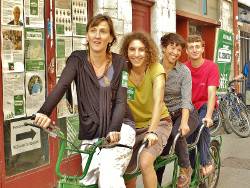 The continued development of Alternatibas between September 2014 and November 2015 represents the second phase of the Alternatiba movement. The widespread mobilisation of citizens that will unfold on the occasion of the COP 21 in Paris at the end of 2015, forms the third phase. How exactly it will look, will depend on the thousands of people who join the Europewide movement.